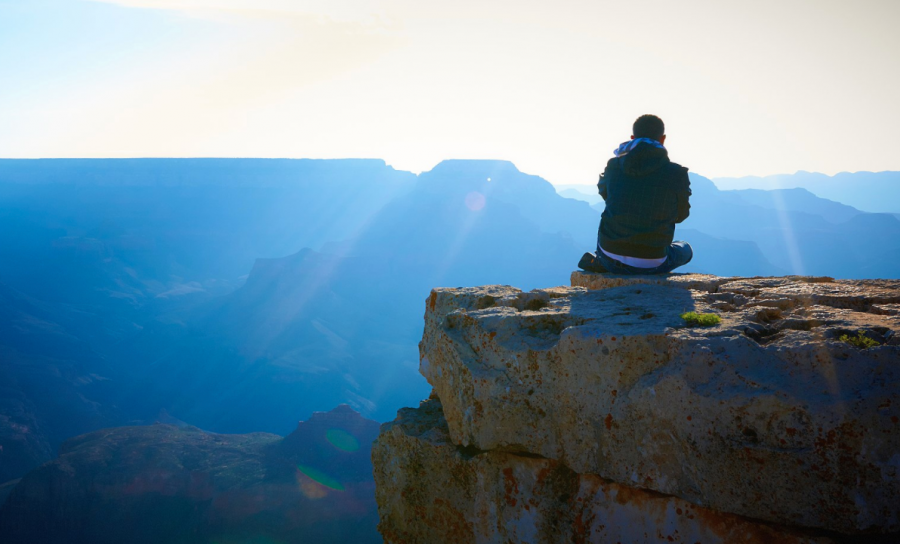 Meditation has been practiced by Buddhist monks for over 2,600 years, and many of its health and wellness benefits are making their way into mainstream practice in the United States. One benefit is an increase in mindfulness.

Oxford Languages defines mindfulness as a mental state achieved by focusing one’s awareness on the present moment, while calmly acknowledging and accepting one’s feelings, thoughts, and bodily sensations, used as a therapeutic technique.

Many people have committed to a meditation practice and they have noticed the beneficial effects. According to the National Center for Health Statistics, the percentage of young people who meditate increased ninefold from 2012-2017.

The increase in participation is due in large part to an increase of meditation and mindfulness practices in popular culture: T.V. shows, movies, documentaries, and popular apps. Some of the most popular meditation and mindfulness apps are Calm and Headspace, which are currently residing as the #2 and #4 apps in the Health and Fitness category of the Apple App Store, respectively.

Additionally, big-name companies such as Netflix have created documentaries on the concept of mindfulness. In a series called “The Mind, Explained,” there’s an episode called “Mindfulness, Explained,” a joint production from Vox and Netflix. It is engaging, modern and informative.

Religion teacher Donny Moore showed this episode in World Religions class during the recent unit on Buddhism. Moore has incorporated meditation in the classroom since the beginning of the school year.

He believes that mindfulness is important for students. “As emerging adults, we need sustaining, fulfilling, very mutual, reciprocal relationships. For me personally this comes back to the relationship with oneself and but also with others,” said Moore. He goes on to say that one of the best ways to create these sustaining and enduring relationships is through mindfulness.

Moore emphasizes the importance meditation has on increasing mindfulness. One example he cites is of the Ignatian Meditation practice The Daily Examen. Removing meditation from its traditionally Eastern lens, the Jesuit branch of Christianity utilizes Examen as a way to acknowledge the presence of God throughout one’s day through meditative and reflective prayer.

Moore attempts to utilize Examen in his everyday life outside of the classroom as a way to increase his own mindfulness. He said that it allows him to think rationally about situations. Such as not to yell at his young child when he draws in red permanent marker all over his freshly painted walls.

Senior Maya Reina also enjoys the meditation that Moore incorporates in class. “After a long and stressful week I can unplug and really focus on myself,” said Reina.

For other students such as Senior Alexandre Gamboa, meditation is a way that gives the opportunity not to worry or think about anything that is bothering you for a moment including challenging classes and schoolwork.

Overall, mindfulness practices utilized in the classroom have had an overwhelmingly positive effect, whether students use the time in class to truly participate in the meditation, or even just to rest their heads in the midst of a busy day.