My verdict on social media and teens 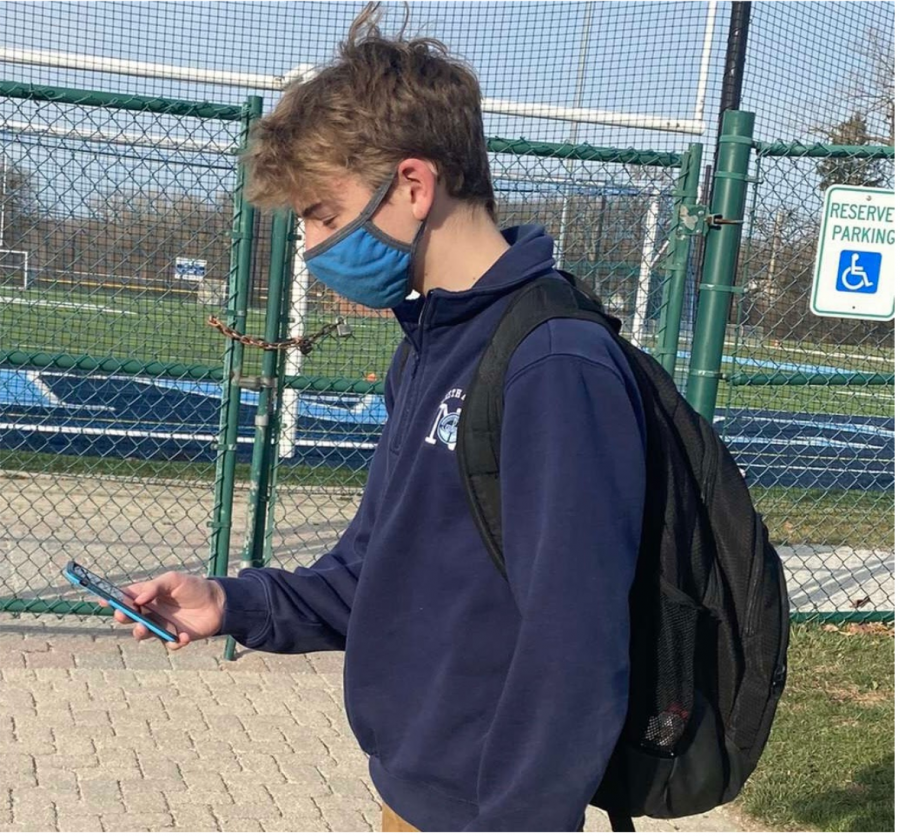 Social Media has taken over the world, becoming the singular way to communicate for so many but especially for teenagers. The Pew Research Center in a 2018 report said, “Fully 95% of teens have access to a smartphone, and 45% say they are online ‘almost constantly.’”

More recently, Statista said, “During a fall 2020 survey, it was found that Snapchat was the most important social network for 34 percent of U.S. teens. Fast-growing social video app TikTok was ranked second with 29 percent of teenagers in the United States stating it to be their favorite, ahead of legacy platforms Facebook and Twitter.”

Some parents might feel unsure about letting their kids use Social Media. They are not wrong to be concerned: What you have to remember is that even though Social Media has its pros, it also has its cons.

Sometimes teens feel that Social Media can get in the way of their work, especially during a pandemic when students have to do their classwork at home. Naz sophomore Patrick Titzer shared, “During online learning, I’ll get distracted by Social Media and just scroll on my phone and get lost in it when I should be doing my work.” Social Media can be a distraction to a lot of teens, so teens have to learn to use it at the right time.

High school can be a busy time in a teenager’s life, some having to balance school, sports, and extracurriculars. So when a Naz sophomore Juanpablo Gamboa was asked how he was managing that balance, he said, “I feel like I can because that is the situation I am currently in.” However, teens and parents don’t always see eye to eye on these things. When Jesus Gamboa, Juanpablo’s father was asked the same question, he said “I think it can be done, but Juanpablo’s not doing that right now.”

Social Media should only be used by the right crowd, and isn’t the best for all teens. When a parent of two was asked if the time spent on devices affects her children’s behavior, Naz Guidance Counselor Melissa Byram responded, “I don’t think it correlates with their behavior, but I do think it correlates with their sleep patterns.” For instance, according to a 2016 study of more than 450 teens, Mayo Clinic found that “Greater Social Media use, nighttime Social Media use and emotional investment in Social Media — such as feeling upset when prevented from logging on — were each linked with worse sleep quality and higher levels of anxiety and depression.” Some teens get too emotionally involved in Social Media, and that makes it hard to let go at the end of the day, or even in the long term.

Social Media isn’t just used by teens, it is also used by adults. Naz science teacher Sean Banasiak says he does use Social Media, but not a lot. When asked why, he said, “I feel like it is oftentimes a rabbit hole you don’t want to go down.” Banasiak says when he uses Social Media he feels like he has a “loss of independence” and that when he does use it, it’s “to put a smile on my face.”
Social Media is mostly fun to use until ads pop up on your page telling you to buy this product or vote for this person. Teens need to learn how to use Social Media wisely and learn to believe their own opinion and not what biased sources say.

Social Media is a good thing, but it can be overused and addictive. I believe that Social Media can help kids grow, too, and it also brings kids some positive experiences. If someone uses Social Media a lot, it’s not the worst thing in the world, it just depends when and where they use it.

For instance, according to the same Pew Research study, “52% of online teens say they have had an experience online that made them feel good about themselves.” Even though Social Media can be distracting, it still brings many teens some kind of happiness.

There are pros and cons to Social Media: It’s inappropriate to use it during class, and not smart to use it when you need to be doing homework, or using it before bed. But, in my opinion, Social Media is good for you if you don’t let it take over your life, are smart about what you consume and believe, and only use it at the right time.