Scott Sikorski in the Spotlight 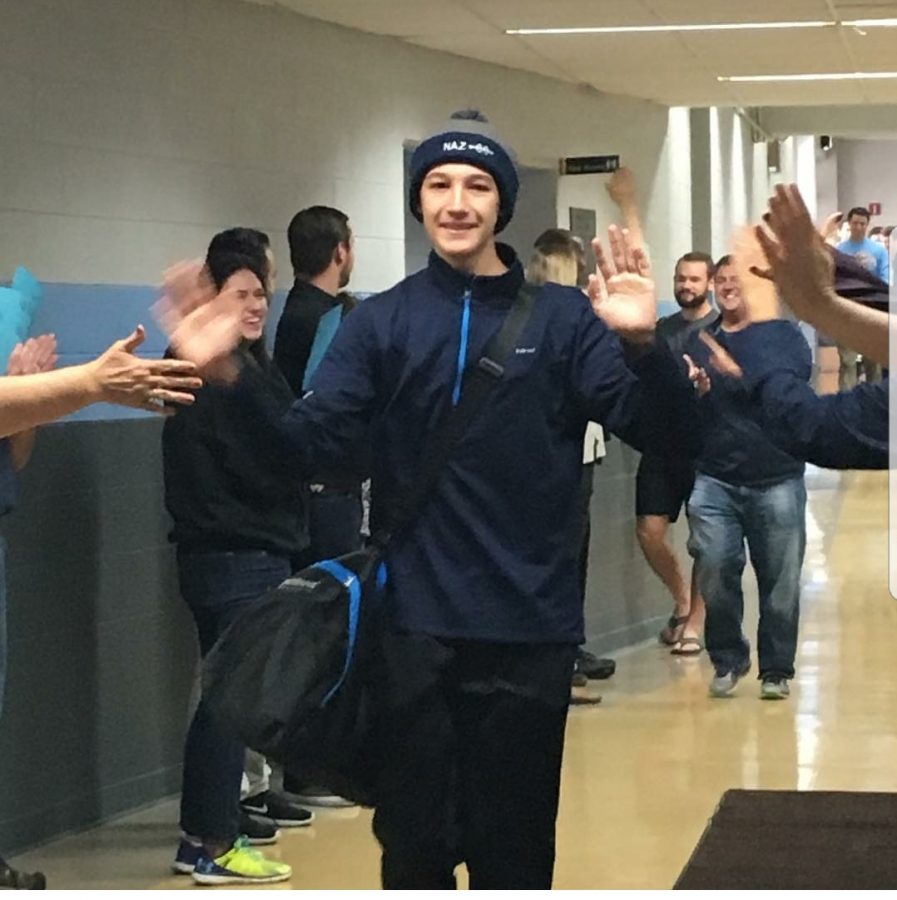 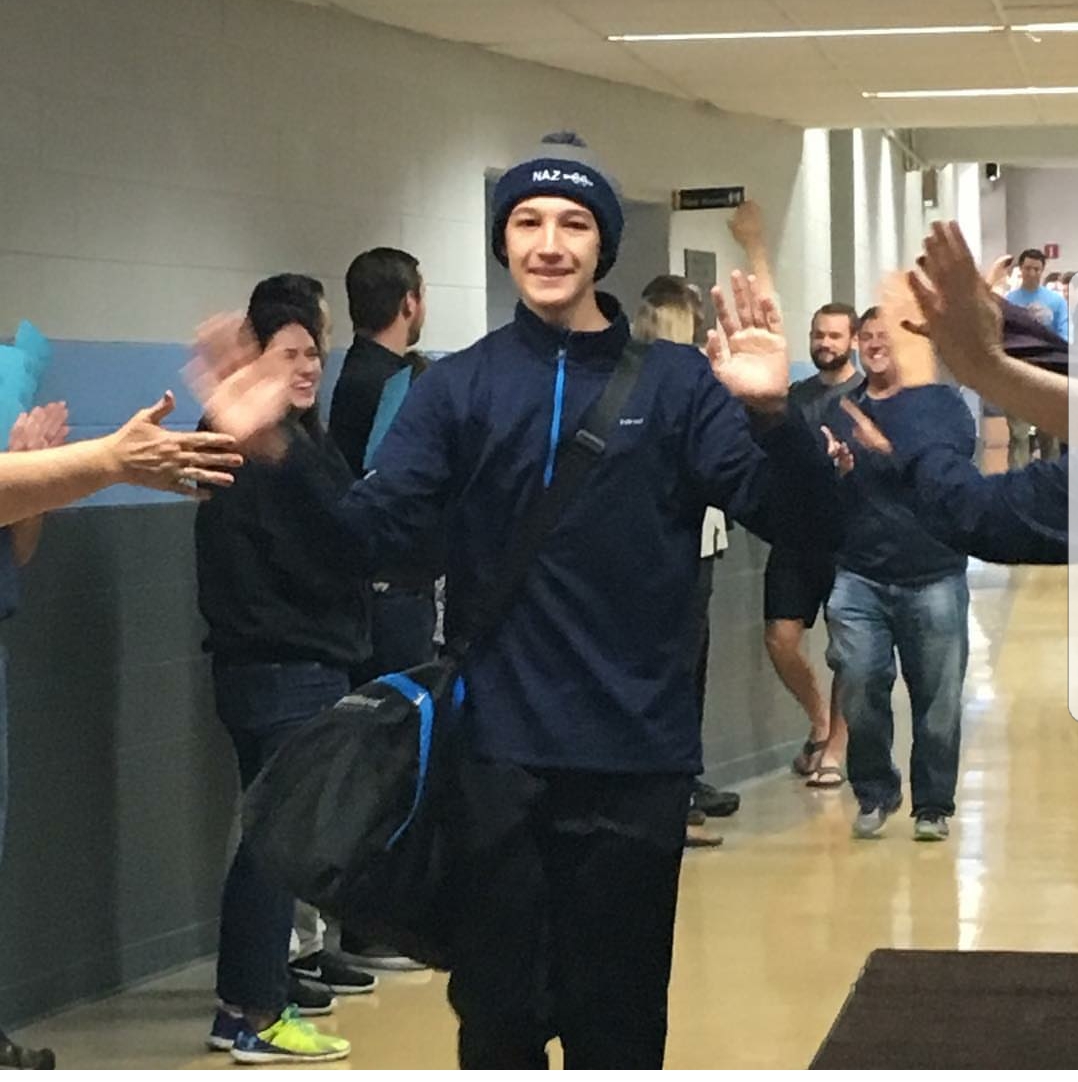 Junior Scott Sikorski represented Nazareth Academy this year at the Cross Country State Finals in Peoria. Scott had a tremendous season and finished the season with a personal best time of 16 minutes and 11 seconds: only 12 seconds off of the school record. I sat down with Scott to talk about this past season and his future as a Cross Country runner.

DP:  How do you prepare for your races?

SS:  “The night before a race I eat some pasta with some vegetables and before I go to bed, I stretch out for 30 minutes. Before the race, I have two slices of toast with peanut butter, a banana, and an apple and about an hour before the race I have a peanut butter sandwich.”

DP: How did you feel leading up to the race?

SS: “Leading up to the race, I felt nervous yet I flushed it out.”

SS: The team energy is always great. We all joke around and have a good time at races, everyone is cheered on and congratulated as they finish. It is a very friendly environment.”

DP: What do you think contributed most to your success?

SS: “All the long, hard, and grueling workouts that we do over the season contribute the most, especially our mile and 1000m repeats.”

DP: What was the best moment of the season?

SS: “The best moment of the season was when they announced that I qualified as individual for state. Although everyone was freezing, I could feel all the excitement from the rest of the team.”

DP: And the lowest point of the season? How did you overcome it?

SS: “The lowest point of the season was the race before conference when I was looking to run a personal best, yet didn’t run that well. I reflected on it and realized that it was too mental and that I need to focus on myself and did so when I ran a personal best at conference and took 4th place.”

DP: What are your goals for next season?

SS: “Next season I hope to return to state once again, but I am looking to hold the school record which I am 12 seconds away from beating.”

DP: How will you prepare over the offseason?

SS: “Over the offseason, it is a lot of strength training during the early winter and then focusing on high speed reps during the late part of winter going into track and field season.”

After his first and certainly not last trip to State, the humble Scott Sikorski looks to repeat his success by training through the offseason to achieve his goal: breaking the school record.  With a mindset like that and the drive that he possesses, Sikorski is not only State bound but Nazareth Academy Cross Country record bound.