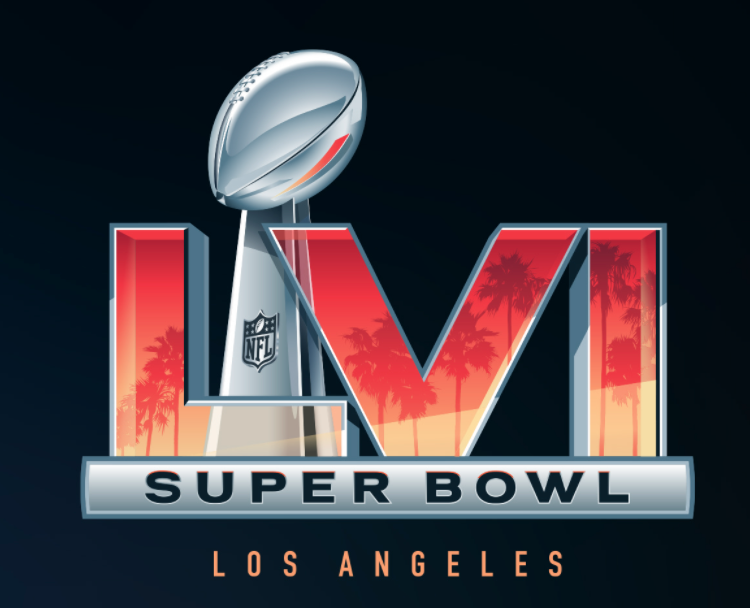 Super Bowl 56 takes place this Sunday, February 13th at SoFi Stadium in Inglewood, California.  Significantly, it is the second Super Bowl to be played at one of the competitors’ stadiums after the Tampa Bay Buccaneers hosted the Super Bowl last year while playing in it.

The game will air on NBC at 5:30 p.m. CT.  It will most certainly be an exciting matchup with two star studded teams facing off.  Most sportsbooks have the Los Angeles Rams only beating the Cincinnati Bengals by 4 points, so it is likely this will come down to the wire.

The following are a few thoughts about the teams, the players, and the big game:

The Bengals’ Joe Burrow led the NFL in completion percentage (70.4). One thing that aids the two teams’ success on the offensive side of the ball is their abundance of outstanding wide receivers. The Bengals were the only NFL team besides the Buccaneers to have three different players top 800 receiving yards (Ja’Marr Chase, Tee Higgins, and Tyler Boyd). Chase, their dynamic rookie wideout, had 1,455 receiving yards. Chase, who will likely be the Offensive Rookie of the Year, has been an explosive weapon for Burrow’s offense and he will need to be shut down by the Rams if they want to win.

On the Rams’ side, they have Cooper Kupp at wide receiver. Kupp had a historic season: he finished with the NFL triple crown, leading the league in receptions, receiving yards, and receiving touchdowns. His season’s reception and receiving yards totals rank second all-time.  The Super Bowl will likely be a high scoring game with the two quarterbacks lighting up the scoreboard.

The X Factor: Cooper Kupp’s play will likely determine the game. As stated before, he has had an incredible season. Kupp even set the all-time record for scrimmage yards for a wide receiver.  He’s been nothing short of fantastical. The amount of 100 yard games he has recorded this season has been unprecedented. The Bengals subpar defense will have to do a lot to be able to contain him and containing him will be the only way they will be able to slow down the Ram’s prolific offense. If Kupp can get a vintage 100 yard game, it won’t be good for the Bengals. But, if the Bengals can limit Kupp to the double digits and contain the explosive plays, perhaps the Bengals will shut down the Rams offense.

Matchup to Watch: The Bengals Offensive Line vs. The Rams Defensive Line. The Bengals O-Line has been quite lackluster this season, even bordering on terrible at times. It ranks in the bottom half of the league and even gave up a whopping nine sacks in the AFC Divisional Round game against the Tennessee Titans. If they let that happen in the Super Bowl, the Bengals franchise quarterback will be at risk.

The offensive line played admirably in the AFC Championship against the Chiefs and that is partly why they won. They need to do that again if they want Burrow to be playing at his best.  The O-Line will have their hands full, though. They will be facing off against a fearsome Los Angeles defensive front that includes Aaron Donald and Von Miller. A three time Defensive Player of The Year and a former Super Bowl MVP will be constantly trying to put pressure on Burrow and it’s up to the Bengals offensive line to keep their offense calm and collected.

The Stats: Burrow is looking to be the fourth youngest quarterback to win the Super Bowl. Burrow also set the Bengals single season franchise record for passing yards, touchdowns, and passer rating. Stafford, in his first season with the Rams, set career highs in passing touchdowns and completion percentage. Bengals coach, 38-year old  Zac Taylor vs. Rams coach, 36-year old Sean McVay, will be the youngest pair of Super Bowl head coaches in NFL history. Bengals rookie kicker Evan McPherson went a perfect 16 for 16 on kicks in this year’s playoffs. The Rams have only won one Super Bowl: 22 years ago in 2000. The Bengals have not won a Super Bowl yet.

The Path to The Trophy

Rams: The Rams need to control the clock. With a great run game led by Joe Mixon and then their explosive passing offense, the Bengals offense can easily dominate the game if given the chance. The Rams aren’t known for their running game, but if Sony Michel and Cam Akers can get it going and keep the ball out of the Bengals’ hands the Rams will be in a good place. Bengals: In order to win the game, the Bengals need to get some turnovers. As good as Stafford has been this year, interceptions have been a glaring problem for him. His tendency to throw interceptions has even cost the Rams a few games. When Stafford plays clean, the Rams look great. The Bengals need to not let this happen and force Stafford to throw interceptions and get the ball into their hands as much as possible. If the Bengals can force Stafford to play a sloppy game, they have a great chance at bringing home the Lombardi Trophy.