Remembering a legend: a tribute to Kobe Bryant 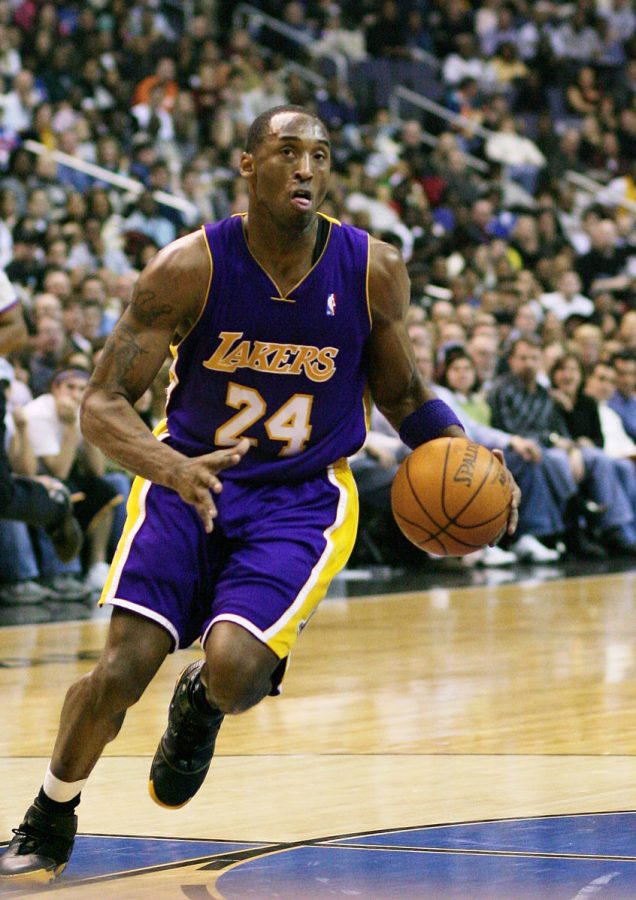 On January 26, Kobe Bryant, 41, and his daughter Gianna, 13, died tragically in a helicopter crash in Calabasas, California. Bryant, his daughter and 7 other people were on the way to Mamba Sports Academy in Thousand Oaks, California, for his daughter’s basketball practice. The crash is said to be due to poor weather conditions, although Bryant’s pilot was given special permission to fly.

The Announcer now takes a look back at Bryant’s outstanding life and major accomplishments.

Bryant as a basketball player

Bryant’s career took off when he was only 18 years of age when he was the 13th pick in the 1996 NBA draft. He was drafted to the Charlotte Hornets and then traded to the Los Angeles Lakers. He became the youngest player, at the time, to ever start an NBA game at just 18 years old.

Over his career in Los Angeles, he played 20 seasons and recorded 33,643 points, 6,306 assists, and 7,047 blocks according to ESPN. Bryant played in 7 NBA Finals, winning 5 of them. He is arguably one of the best scorers of all time with 2 scoring titles and the 4th most points in NBA history.

Bryant holds 25 records in the NBA, with the most famous being in March of 2006 when he scored 81 points in a single game. He finished his career with a 60 point game on April 13, 2016. Over his tremendous career, the stats, the championships, and his love for the game have earned him international recognition.

After retiring from the NBA in 2016, Bryant decided to expand his love and knowledge for the game by co-founding the Mamba Sports Academy. In his last interview with USA Today, Bryant said, “You got to do what you love to do…I love inspiring kids or providing them with tools that are going to help them.” Bryant’s dream was always to inspire youth and in founding the Academy, he was able to inspire many, including his own daughter.

Throughout the world, Kobe Bryant is known and idolized for his winning attitude which became known as “mamba mentality.” According to Bryant, it means constantly pushing to be the best version of yourself; always having confidence; never fearing what’s in the way; and never being satisfied, keeping you always longing for more.

In 2018, he published his book, Mamba Mentality, as a deep look into the confidence, focus, and determination held in his mindset. His application, persistence, dedication, and love to all that he did is the reason why Bryant is loved by millions.

Bryant also opened a production company called Granity Studios. His goal was to connect with and provide younger generations with important life messages. In 2018, he won a Grammy for Dear Basketball, a short animated film sharing his love for and relationship with the game.

Bryant as a family man

Originally from Philadelphia and son of former NBA player Joe “Jellybean” Bryant, family was a big part of Bryant’s life from a young age. He lived with his parents and two older sisters until he eventually married Vanessa Laine in 2001.

Laine and Bryant were married very young, and besides one period from 2011 to 2013 when Laine filed for divorce, the two had a loving relationship.

Bryant was father to four daughters, including Gianna, who died with him in the helicopter crash. His other daughters include Natalia, 17, Bianka, 3, and Capri, 7 months.

Bryant was known for being especially close to his family, and his daughter Gianna was no exception. As a budding basketball star, Gianna shared the love of the game with her father, and the two would often watch games together.

After his retirement in 2016, his family truly became the most important part of his life. Fans noted how often he posted about them on social media, and how often he spoke of his daughters with pride in interviews.