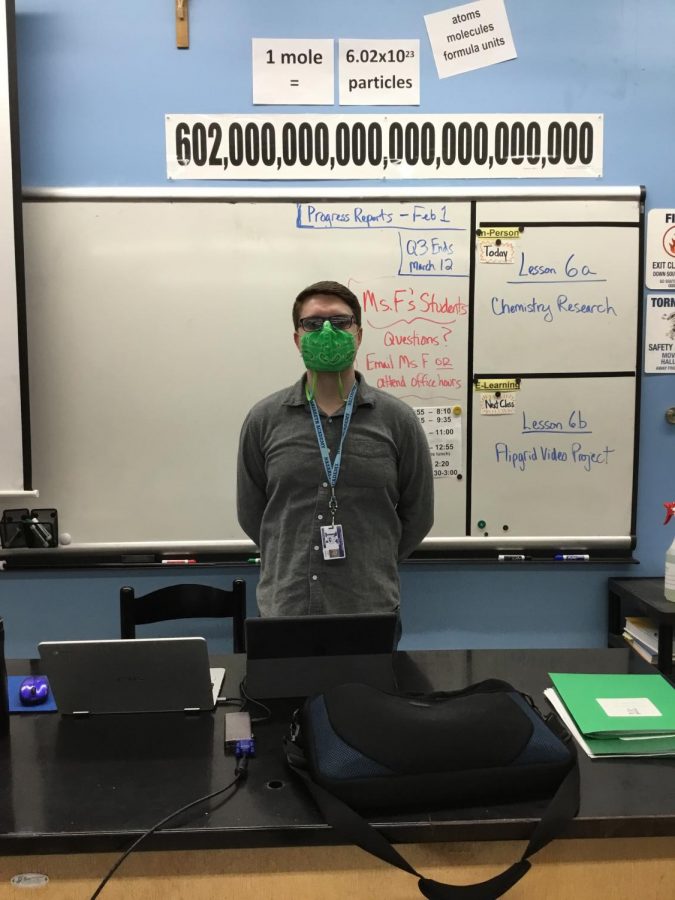 Lindberg grew up in the area and attended Lyons Township High School. He was familiar with Nazareth all his life; his mom even went here, and he recently found a yearbook photo of his mom in the Nazareth archives.

After graduating from high school, Lindberg attended Trinity Christian College in nearby Palos Heights. Trinity Christian College’s website proclaims: “A Trinity education sets a foundation for focused study in a given discipline and will prepare students to become lifelong learners, engage with culture, and build careers.” It also promises academics with a Christian perspective.

Reflecting on his time at Trinity, Lindberg recalled the varying science courses he took including required classes for his major, Chemistry Education, as well as numerous physics and environmental science classes.

Lindberg explained that a friend of his told him about a job opening for a science teacher position at Naz last summer. He was very interested since he was already familiar with the area and was drawn to the fact that Naz was moving forward with a hybrid schedule while many other schools remained fully remote.

This school year is Lindberg’s first year formally teaching and being in charge of his own class, though he emphasized that he has had classroom experience since his sophomore year in college. Here at Naz, he teaches chemistry and physics at the college preparatory level.

Lindberg admitted that it has been difficult to get to know his students in such an unusual setting with masks and social distancing. He felt slightly unnerved and overwhelmed to begin his first year of teaching during the pandemic; however, he feels that Nazareth’s faculty and staff have been very supportive and helpful to him.

As well as his love for science, Lindberg recalled the music program he was part of in college. He played the tuba growing up and finds it funny that he was such a small kid playing the largest instrument possible. Lindberg has taken a step back from his music, as his career in Education is being prioritized.

Aside from playing music, Lindberg enjoys camping in his free time. A fun fact about him is that he was an Eagle Scout in high school and has worked at Camp Manitoqua in Frankfort during the summer.