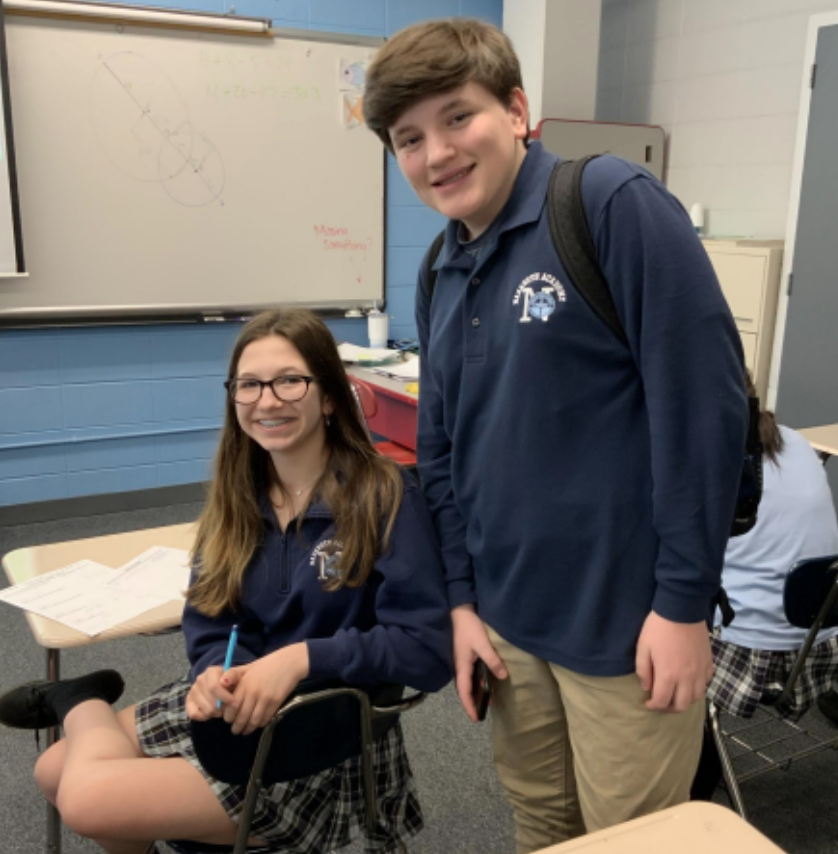 In any school setting there are rules to follow. But, who is in charge of making those rules and how easy is it to make changes? At Nazareth, there are certain rules in place that may not satisfy all students. Uniforms, early/late start times, and daily schedules are three things that Naz students are currently questioning.

Many students agree that uniforms are beneficial and save a lot of time. According to Nazareth’s Handbook, students are only allowed to wear Polo-style collared shirts with the Naz logo, uniform skirts or khakis for girls and khakis only for boys, black shoes, and an optional uniform fleece pullover. However, many argue that the students don’t have much say in the uniform policies. “I wish we had more options for what to wear. I wish we had a larger variety of pullover and skirt options,” said sophomore Bianca Perez.

Students claim that small changes, such as being allowed to wear non-uniform hoodies over their uniform shirts or being able to wear any shoes they wanted would satisfy them. “I like wearing uniforms because I don’t have to worry about what to wear, but I wish our dress code wasn’t as strict,” said sophomore Vicki Pokay.

Many students agree that they see the school’s administration putting in effort to try and make student uniform rules less rigid. “I would like to change the uniform policies to make sure they reflect current norms and trends,” said Director of Student Activities Catherine Hamm.

Another school protocol that a lot of students wish they had a say in is having to be present at school when they have a first or last period study hall. “If there isn’t any homework, students have nothing to do and should be allowed to go home. I would much rather do something productive at home than sit in my study hall waiting for the time to pass,” said sophomore Bianca Perez said.

Many claim that it would be a beneficial option if they were able to start late or leave early during their first or last period of study hall. After all, students could always opt to stay at school if they wanted to.

According to the State Department of Education, the length of the school year can be as short as 176 days with a minimum of  5 hours of instruction a day, so many question why this option isn’t available at Naz. “We feel that study hall time is very valuable time for our students’ academic progress,” said Principal Therese Hawkins. Hawkins also mentions that she doesn’t believe it would be fair to the students who have a 2nd or 3rd period study hall. It’s true, there are a fixed number of study hall periods and not everyone could be promised a first or last period study hall. However, if students really want this privilege, they are encouraged to present the idea to the student council.

Many students also believe the activity period should be taken out of the daily schedule to allow for an earlier dismissal. “I don’t think an activity period is necessary. As nice as it is to have a small break, I would much rather go home earlier,” said sophomore MaryJane Zimmerman.

While some students are not fans of the activity period, the Nazareth administration has put it into place to help students. It gives them the time to get extra help from teachers, attend club meetings, and gives them a brain break, which some students find very beneficial.