The Biden Cabinet: a diverse reflection 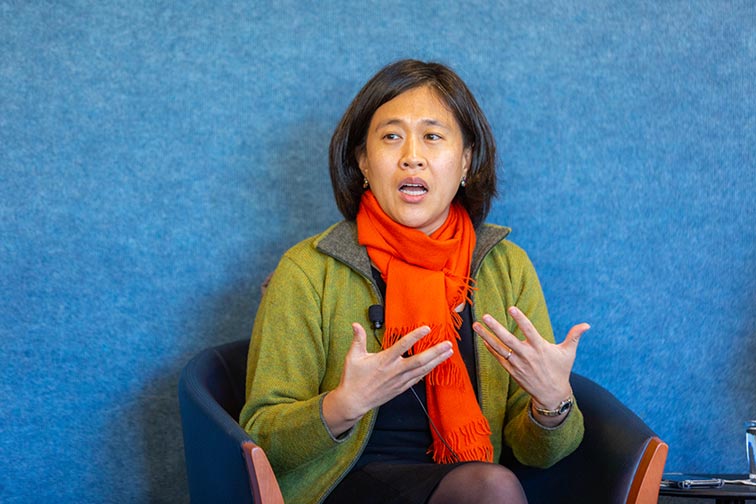 President Joe Biden is ushering in a new era of diversity in the Cabinet. The newly confirmed members of his Cabinet have a wide variety of backgrounds, experiences and ethnicities, and will work together to serve the diverse people of the United States of America. Following are brief profiles of some of the newly confirmed Cabinet members:

Linda Thomas-Greenfield is the newly appointed United States Ambassador to the United Nations. Thomas-Greenfield has served as ambassador to Liberia, as well as Assistant Secretary of State for African Affairs. She has spent a total of 35-years in foreign service. Additionally, she was a top Human Resources official at the State Department. Greenfield was confirmed by the Senate on February 23.

Lloyd Austin, the newly confirmed Secretary of Defense, is a former four-star officer who was the first Black general to command an Army division in combat and the first to oversee an entire theater of operations. He recently made history for a second time by becoming the first Black secretary of Defense. His confirmation on January 22 had overwhelming support as he received 93 votes in his favor and only two opposed.

Alejandro Mayorkas is the first Latino Secretary of Homeland Security. He helped implement the DACA program during the Obama administration and will be responsible not only for its return but also the introduction of other immigration programs. Mayorkas was confirmed by the Senate on February 2.

As the new Secretary of Commerce, Rhode Island governor Gina Raimondo will head a largely diverse department in the matters of weather forecasting, managing ocean fisheries, and setting international product standards. She is set to play a key role in settling the various international trade disputes that have arisen in recent years. She was recently confirmed by the Senate on March 2.

Secretary of Housing and Urban Development, Marcia Fudge, a former Cleveland-area congresswoman and chair of the Congressional Black Caucus, will play an important role in the administration’s response to the pandemic regarding the millions who have fallen behind on rent and mortgage payments. She was confirmed by the Senate on March 10.

Pete Buttigieg, Biden’s Secretary of Transportation is the first openly gay Cabinet member to be confirmed by the Senate. He will take over an agency with nearly 55,000 employees and oversee the nation’s airspace and highway system. He was confirmed on February 2.

United States Trade Representative, Katherine Tai, who is a former House Ways and Means Committee trade lawyer, as well as a China enforcement head, will be using her knowledge to aid during the US confrontation with Beijing regarding issues such as intellectual property rights, while also mending the trade relationships between the two economies. She was confirmed by the Senate on March 17.

Secretary of the Interior, Debra Haaland, is the first Native American Cabinet Secretary in U.S. history. She will play a key role in helping the U.S. Interior Department build their relationship with the tribes and environmental groups that have been formed in recent years, with the intent of battling fossil fuel projects, expanding land conservation, and keeping water in overdrawn rivers. She was confirmed by the Senate on March 15.

Administrator of the Environmental Protection Agency, Michael Regan, will take the lead in carrying out Biden’s climate change plans, which include the elimination of carbon dioxide emissions from the power grid by the year 2035. Regan’s mission deals with assisting poor and minority communities especially, which are facing the brunt of the threats from pollution.