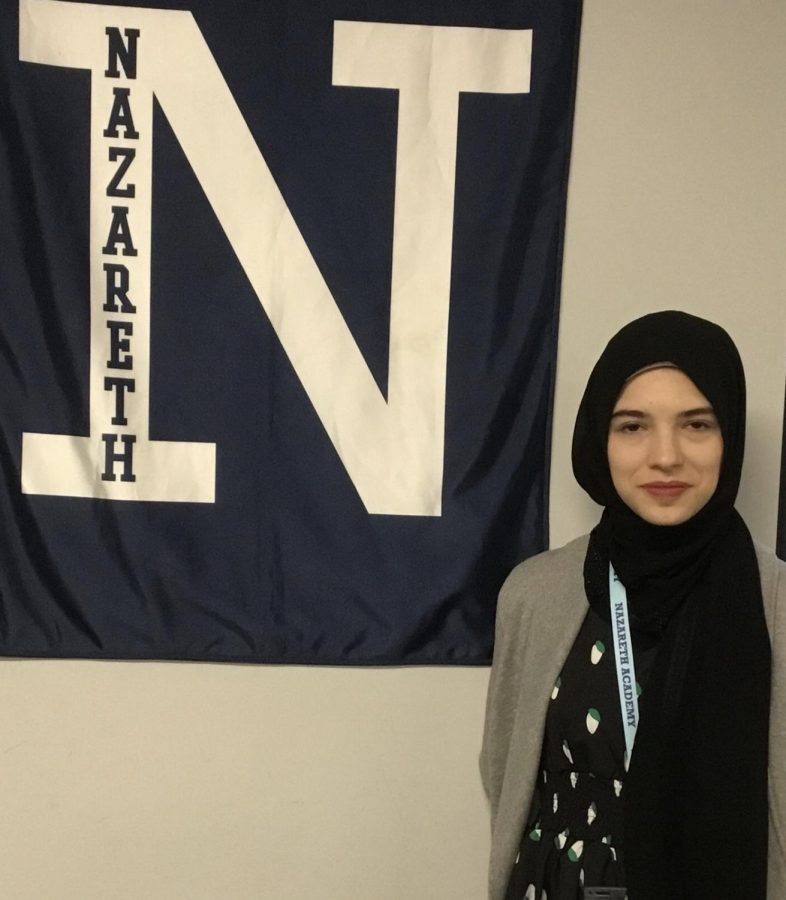 Sarah Abu-Alsamen recently joined the Nazareth English department when longtime English teacher Lori Sadowski (a.k.a. Ms. Waz) retired. Originally from Romania, Abu-Alsamen moved to the United States when she was young and has moved around a lot until recently settling down in Palos Hills.

After deciding to pursue teaching, she received her degree in the Teaching of English at the University of Illinois at Chicago and student taught at Amos Alonzo Stagg High School in Palos Hills.

Abu-Alsamen has found it surprisingly easy to adjust to Naz. She says the community has been so nice and helpful, and she is excited to get involved in any way she can.

As a teacher, Abu-Alsamen loves having the ability to build meaningful connections that allow her to get to know each student individually. In fact, this is her main inspiration for becoming a teacher. She hopes to develop lasting connections with her English I and English II students this year.

When not teaching English, Abu-Alsamen enjoys reading. Her favorite book at the moment is Wuthering Heights by Emily Bronte, but she said that it is sure to change as she continues to read and teach literature.

She also loves to travel and has been to many countries abroad, including Greece, Romania, and Jordan.

Abu-Alsamen finds and focuses on a different inspirational quote each week. She shared the quote that she is using as inspiration this week: “There are no limits on what you can accomplish, except the limits that you place on your own thinking.”