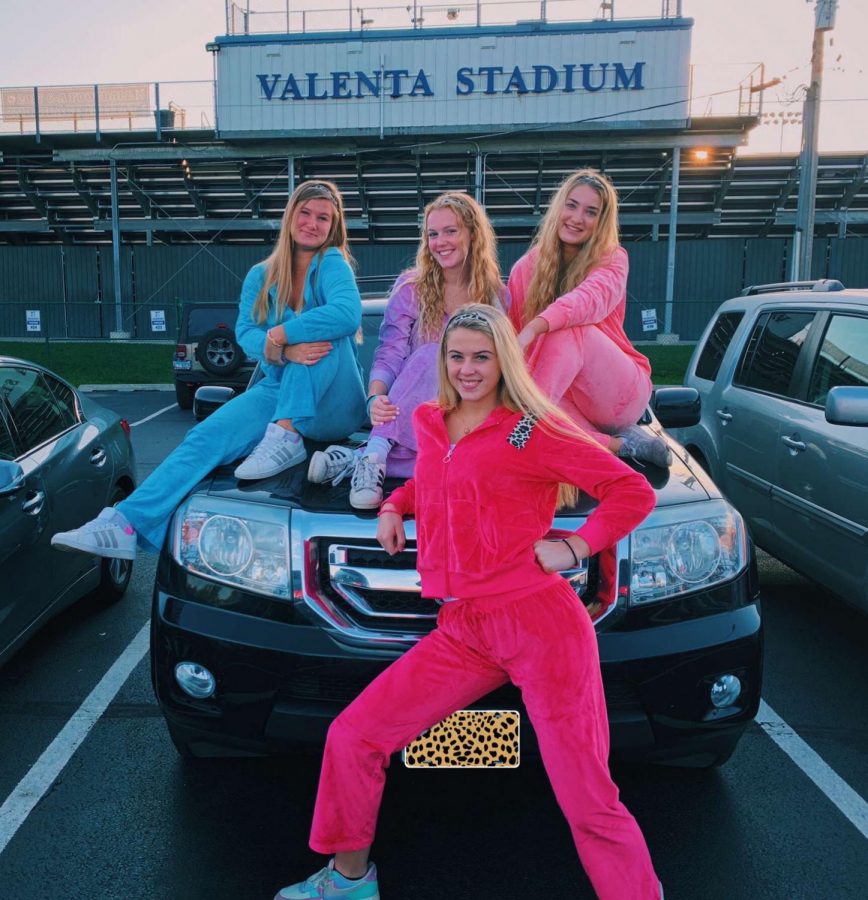 Now that the 2000s are winding down, it’s a good time to look back at the early part of the decade, the time that we students were growing up. Looking back, we can be nostalgic for the clothes we wore, the shows we watched, the games we played and how technology has always been a part of our lives.

When it comes to fashion for girls, in the early 2000s, they would wear lots of sparkles from the store Justice that is known for its bright and glittery colors. Some popular styles were wearing skirts or dresses with leggings or jeans underneath. Lots of girls also wore tank tops or camis over long sleeve or short sleeve shirts.

Sophomore Lydia Breslow remembers that lots of patterns and colors were on trend. “I used to love plaid shorts of many different colors and match them with a cute t-shirt with a soccer ball on it. I wore the shorts all the time because I had so many pairs and colors that one pair was always clean.”

The clothing style was a tad different for the boys. At this time, the cool style was everything baggy, saggy pants, sunglasses and hats turned to the side. If you followed this trend, people knew not to mess with you.

Another popular style was wearing Nike Elite shorts with Nike Elite socks in a variety of colors. An addition to these clothing styles was the famous Bieber haircut. Boys would follow internet teen sensation Justin Bieber and imitate his blonde flowy hair.

Other than clothing and hairstyles, another way to dredge up memories of the early 2000s are to take a look back at the popular television shows – some of which are now making a comeback appearing on Netflix and Disney +.

Some popular shows included of the double life of Miley Stewart on Hannah Montana, the chaos in the Tipton Hotel with twin brothers on The Suite Life of Zack and Cody, the capability to tell the future through Raven Baxter on That’s so Raven, the crazy wizard spells and countless mistakes through the Russo family on Wizards of Waverly Place, and the music and drama of the three brothers on The Jonas Brothers.

Senior Danielle Wojtycki reminisces, “My favorite memories of growing up in the 2000s would be going to the Jonas Brothers concert with my cousins because we loved the show and we loved seeing them in our favorite movie Camp a Rock. It was an experience I will never forget.”

Other than watching television and playing on tablets and phones, popular activities included playing outside. Many kids in the neighborhood would play day games or night games like Kick the Can, Cops and Robbers, and Ghosts in the Graveyard. These games gave kids a pumped up adrenaline that comes from whether they were going to kick the can and free everyone from jail, or run away from the cops or from the ghost that just jumped out of a bush.

On a rainy day, board games were most popular. Some games could be fast and could be played many times like Uno or Jenga but others could take awhile like Monopoly.

Junior Isa Hernandez recalls playing games with his family. “As a kid in my household, family game night was a way of just getting with the family. A game we loved to play was Scrabble and even though I always lost, there was something about that game that we always played together and just had fun.”

Other than the clothes, television shows, and the games, an important part of the 2000s was the technology advancement. With the introduction of the iPhone, Facebook, the iPod, YouTube, and Twitter, these innovations impacted our world today leading to greater advancements.

Junior Danny Metzger shares, “I liked growing up in the 2000s because it was a very fresh period in time. The internet was introduced and gave us a tool to express ourselves online, something not always available to previous generations.”

Growing up in the 2000s is a period that was very impactful to our society today. Fashion, television shows, and technology have changed and advanced a great deal since then and will continue to grow as the years pass.