The wonderful world of Wordle 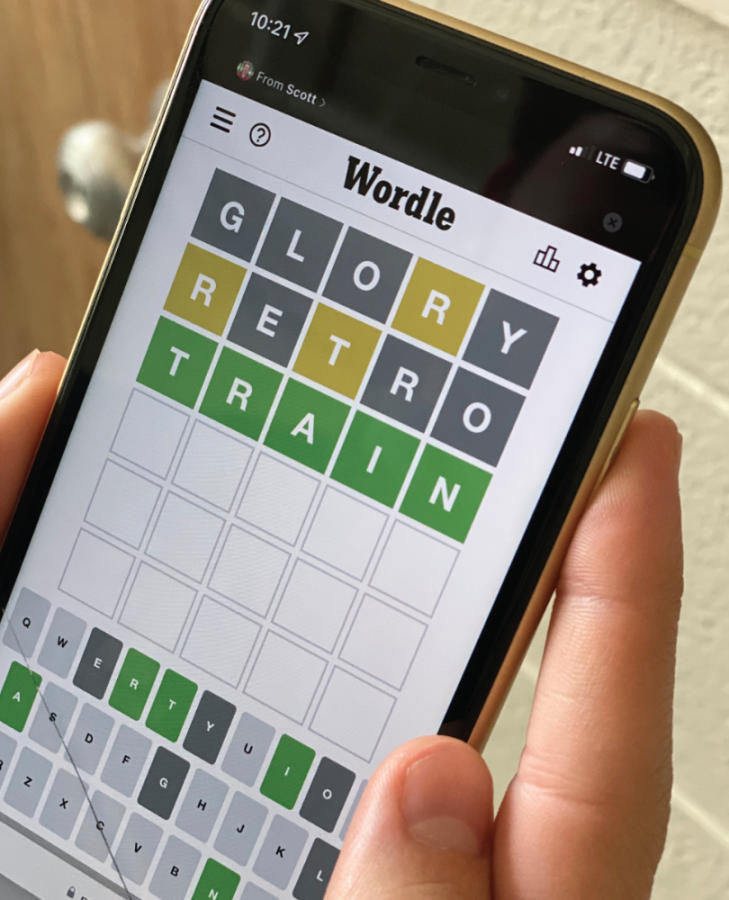 The daily word puzzle Wordle has become a cultural phenomenon with millions of people playing daily. Online games with such popularity are not new. Games including Flappy Bird and Among Us were all the rage for a bit, but their popularity has died out as many new games make their way online. This has left players wondering whether the game’s popularity will continue.

The creator of Wordle, Josh Wardle, is an artist, product manager, and software engineer based in Brooklyn, New York. Wardle created the game as a gift for his partner, Palak Shah, who loves playing word games. The prototype was created in 2013, and the game appeared on a website in October of 2021 with very few players. But, by early January, 2022, the game went viral and by the end of the month, millions were playing daily.

Wardle was inspired by The New York Times’ word game Spelling Bee to make a game with a simple design and to limit users to playing only once a day. The game was named Wordle as a play on Wardle’s last name. Lucky for Wardle, who did not love the fame that came with the game, The New York Times bought the game to add to its collection of word games in a seven figure agreement, according to The New York Times.

Senior Cate Vahl began playing Wordle when she saw it on the news. Vahl says she stuck with it because she found it relaxing, challenging, and overall a good way to start her day. Now Vahl plays Wordle every day, along with the spin-off geography version Worldle. Vahl enjoys playing Wordle because she likes recognizing word patterns and testing how quickly she can pick up on them. Although she believes the trend is fading, Vahl continues to play daily, competing against her friends and family.

Although Wordle is a widely popular game, there are those who do not understand its popularity. Junior Caroline Kelly began playing Wordle in December 2021 because her peers were following the trend, and stopped about two weeks later. Since Kelly is not a fan of word games, she found Wordle boring.

Still, many continue to play on a daily basis. Junior Ian Surowiec started playing Wordle because he saw others playing the game and now plays Wordle as well as Worldle almost every day. Surowiec said he enjoys “that satisfying feeling when you get it right.” Surowiec thinks that the trend will die out soon because he is playing it less and thinks others are not playing as much either.

History teacher Joe Wejman began playing Wordle in December 2021 after reading a news article about the game. He tries to play it daily and enjoys the game because of its simplicity. Wejman believes the popularity of the game is going to lessen, as people are going to start to forget to do it and let it lapse here and there. Wejman says he will continue to play Wordle and thinks that those who like the game will do so as well because it is a small time commitment.

Theology teacher Laurie Stanton is an avid Wordle player, too. She plays every single day and appreciates the fact that the game doesn’t allow players to become obsessive. She says it’s challenging, yet not too difficult, and fun. Stanton enjoys sharing her results in a group chat with her family as well as her G period class. Stanton hopes it lasts but wonders how long it can be sustained. “I mean how many five letter words are there?” asked Stanton.