Choreography, diversity steal the show: Shang-Chi and the Legend of the Ten Rings review 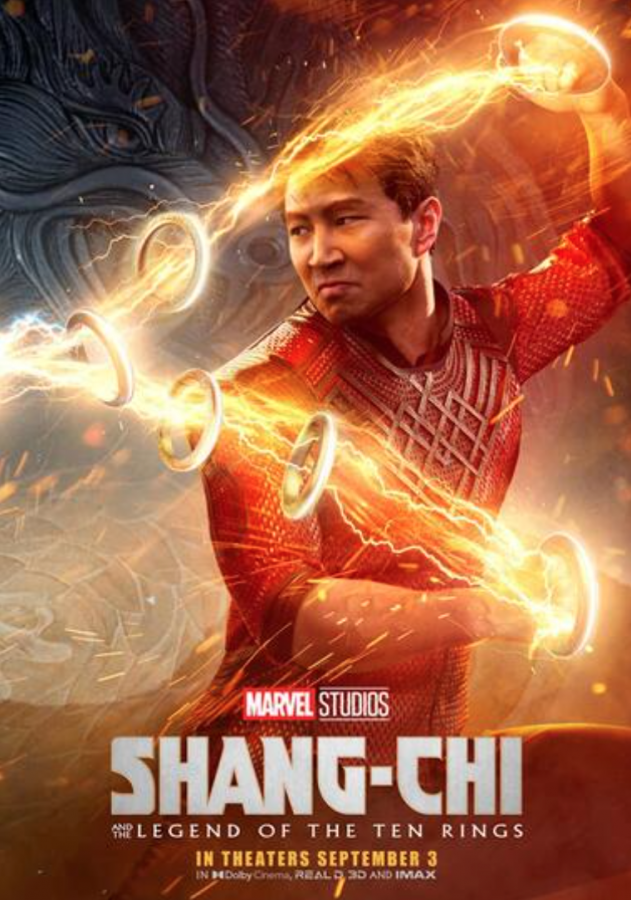 This Labor Day weekend, Marvel is back at it again with another blockbuster film, but this time the CGI is overshadowed by physical, Jackie Chan-esque choreography. Instead of the usual action packed CGI-filled fights that the Marvel Cinematic Universe (MCU) has been known for, Shang Chi and the Legend of the Ten Rings incorporates mind-blowing choreography and stunts.

The film’s supervising stunt coordinator Brad Allen, who passed away just weeks before the film’s release, worked with martial artist legend Jackie Chan in the late 1990s. His expertise was behind the film’s brilliant fight scenes that have never been seen before in the MCU. The influence of Chan’s style of fighting was easy to spot. Shang-Chi even utilizes Chan’s signature move: taking off his jacket and using it as a weapon. It was a fresh break from the CGI dominated fight scenes that have been Marvel’s staple product.

The film centers around Shaun (Shang-Chi), who is living a carefree life as a valet driver in San Francisco with his hilarious best friend Katy, played by Awkwafina. Their lives come crashing down when Shaun’s thousand year old father, who leads the international crime organization known as The Ten Rings, hunts down his estranged son who was trained to be an assassin by his father.  From there, a story of familial trauma and mystical creatures weaves into a captivating narrative.

Shang-Chi’s success is largely attributed to the talent that the actors bring to the story. Simu Liu does a fantastic job portraying Shang-Chi and Awkwafina brings the comedy to an otherwise emotionally charged film. But, the movie’s secret weapon is Hong Kong cinema legend Tony Leung. Leung, who plays Shang Chi’s father Wenwu, is brilliant in his first American film. Leung brings a compelling side to the villain, combining love and vengeance all in one character. His performance makes Wenwu instantly one of Marvel’s best villains, up there with fan favorites like Thanos and Killmonger.

Asian representation was a goal for this film from the start, and Marvel certainly delivered. The movie’s East Asian cinematic style is highlighted in its first 15 minutes which is solely spoken in Chinese and accompanied by English subtitles. Shang-Chi is Marvel’s first Asian lead character and the film’s style pulls from East Asian cinema with its martial arts, romance, and especially the wuxia-esque style.

The film fixes some of the problems Marvel has faced with lack of Asian representation in the past. For example, when white actress Tilda Swinton was cast as the Ancient One in Doctor Strange many were angered by the so-called “whitewashing.” The character had been a wise old Tibetan man in the Marvel comics, but Marvel had feared a racist stereotype if they went down that path so they changed the character’s race.

Marvel Studios President Kevin Feige recently acknowledged that mistake and has fixed it with an authentically Asian dominated cast that varied from Hong Kong legends like Tony Leung to Simu Liu who is an Asian Canadian.

Shang-Chi and the Legend of the Ten Rings is a rare gem in the MCU that does not require knowledge of the deep Marvel lore. Though there are still connections to other characters and storylines from the MCU, casual moviegoers can enjoy the film without prior knowledge of Marvel. Despite the controversy going into its premiere, this film was a box office success in no small part due to its captivating fight scenes, the classic Marvel world-building and significant minority representation.