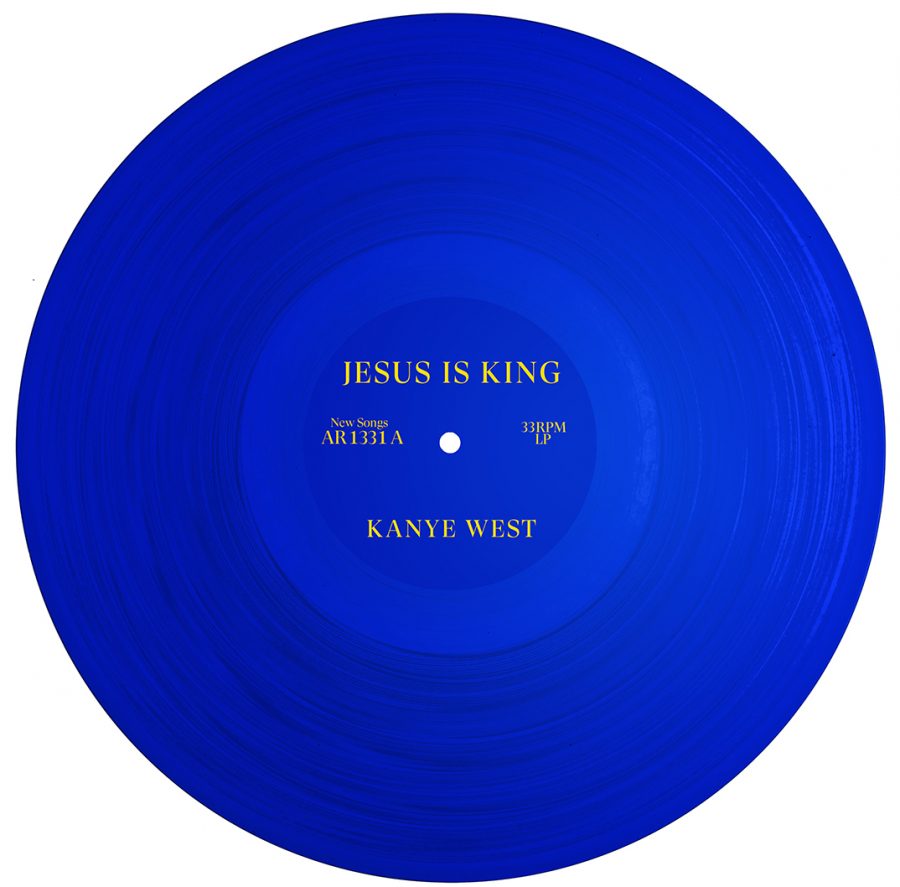 For some, Kanye West is a favorite rap artist, a crazy man, or someone with popular shoes. But lately, he has been in the limelight for his Sunday Services: celebrations of music and God.

Not exclusive to any faith in particular, all are welcome to the public Sunday Services. Sunday Service is not tied down to one place either. It has taken place in Los Angeles, Wyoming and even in his hometown: here in Chicago. Kanye and the Service are still on the move and there are plans to expand it even more.

This fall Kardashian tweeted out what seemed to be a tracklist in a small notebook and had fans speculating. Turns out it was a tracklist from Kanye’s much anticipated gospel album Jesus is King. The album was released in October, but now fans eagerly await a local screening of the IMAX movie with the same title.

Out of the 11 tracks on the album, 5 songs featured artists like Ty Dolla $ign, Kenny G, and Fred Hammond, to name a few. The opening track “Every Hour” gives you a warm welcome from Kanye’s Sunday Service choir. West made some rare moves with this album: His voice with no autotune and no cursing.

This is a good look for Kanye. It shows him in a positive light, making references to the Bible and painting churchgoing in a positive way. In the track “Selah,” West says, “Won’t be in bondage to any man John 8:33. We the descendants of Abraham. Ye should be made free John 8:36 To whom the son set free is free indeed He saved a wretch like me.”

The line “Ye should be made free,” is a play on words: Ye is one of Kanye’s alter egos, it is the plural form of “Thou” and this is used in the King’s James Bible version of John verse 8:36. A double meaning by referring to the verse as well as Kanye’s spiritual awakening and the freedom he finds in Christ.

“Follow God,” uses a 1974 sample by Whole Truth called, “Can You Lose By Following God.” Feeling like old Kanye he samples this song and puts his own spin on it. He also talks in the track about his struggles: “Wrestlin’ with God, I don’t really want to wrestle.” West reveals his own religious journey and  how he avoids conflict when it comes to his faith. He would rather just put it in God’s hands then taking it up on his own.

Then there’s “Closed on Sunday” a slow and melodic song about how Sunday is the day of rest comparing his life and priorities to fast food chain Chick-fil-a. “Closed on Sunday you’re my Chick-fil-a.” The message is that we should take time to relax, go to church and enjoy our family on a Sunday. He adds, “Hold the selfies, put the ’Gram away Get your family, y’all hold hands and pray.” This line really reflects this is a day for family and praise. The social media stuff doesn’t matter when you have your family and faith.

Overall, West’s latest release, Jesus is King is good but something to get used to. We have heard Kanye praise God before in songs like, “Ultralight Beam,” “Jesus Walks” and “Father Stretch my Hands Pt. 1,” but this is an all-new, profanity-free album: a new version of West.

West claims to be a changed man and this gospel album was part of that. For Kanye West fans, I would highly recommend listening. For someone who is skeptical, I still recommend it because those who have turned away from him in the past will see that this album is by a new man making new music.