“What You See Is What You Get”: Luke Combs’ new album is released today 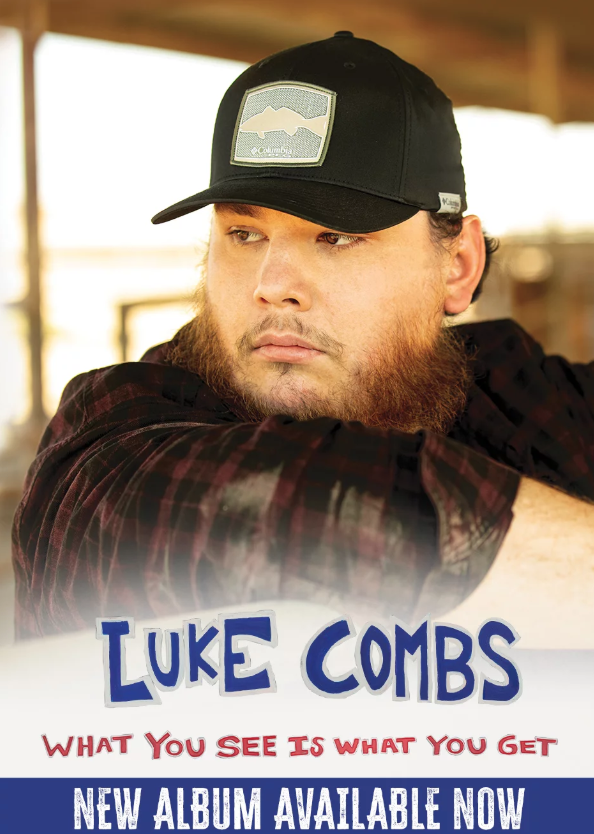 Over the past months, country singer Luke Combs has released songs teasing his new album What You See Is What You Get. While the album was just released today, Combs fans already know and love this album.

Something about Combs’ music has a depth to it that hits close to home for many listeners. Often, people listen to music to tap into their emotions, and Combs doesn’t fail to provide emotional material. This album contains upbeat songs, songs that tell stories, sad songs, and more to make an emotional impact on the listener.

Leading up to the new album’s release, some Naz students are excited with anticipation. Sophomore Dominic Trelenberg said, “I’m excited for more Luke Combs to come out because of the message it gives us.”

The song “Even Though I’m Leaving” touches hearts with his emotional lyrics about leaving a loved one. Combs’ songwriting shows a vulnerable side in his sharing a storyline of a father and son relationship. While this song would especially be moving to someone with personal experience with military service or even the death of someone they love, anyone can tap into the emotions that Combs beautifully portrays in the song. This song not only has great message, but its musical arrangement is spot on, too.

Other students were hooked on the album before its full release. Sophomore Lydia Breslow said, “I love ‘Even Though I’m Leaving,’ it makes me excited for the rest of the album to be released!”

Combs has a way of making music with a narrative. Almost like literature, the song “Moon over Mexico” tells a story. The way it is written so full of imagery paints a vivid picture for listeners. There is passion in each instrument and voice contributing to this song which makes it that much more impactful.

Combs’ music doesn’t only appeal to the listener’s ear, but also to their heart. That is what keeps them listening. What You See Is What You Get is released today, so get a copy for yourself or start your Christmas shopping early and pick up a copy for someone you love.