Unique sights and sounds of K-12 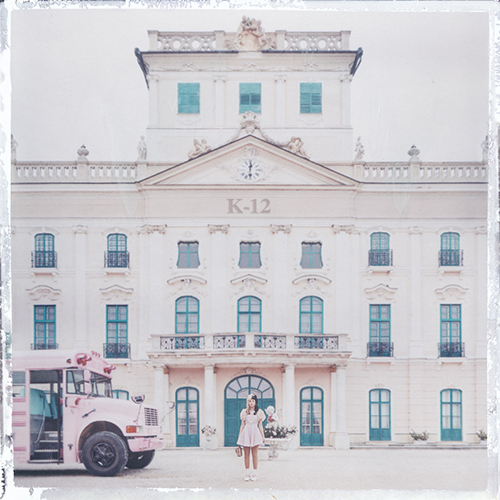 Melanie Martinez’s album K-12 premiered last month as well as her new film of the same name. The film was written and directed by Martinez and was shot in Europe last year and is in step with Martinez’s signature style – cotton candy colors and babydoll motifs.

The more serious topics in the film include some issues that arise through one’s journey from Kindergarten through 12th grade. For example, the struggles with stereotypical “popular girls” and pining over a crush. Imagery from Martinez’s first album Cry Baby, connects to the new film when her character is made fun of for being just that – a cry baby.

Musically, the album K-12 sounds a bit like Cry Baby, though, what she’s done with carrying the theme throughout the album and film makes it different – more epic.

At first, the song “Orange Juice” didn’t seem to fit in with the rest of the songs on the album, but it does actually address how some could be manipulated or how sometimes teens are jealous of each other.

Martinez not only has a unique sound but also a unique personal style. Her iconic two tone hair split down the middle, and her baby doll clothing have become her signature. Her unique style is the thing that really makes her stand out and it’s not different in her film. “I like how she made the film connect perfectly to the music,” commented Senior Bridget Milam who also enjoys how Martinez is different from most artists today.

She is very rebellious in the film, by going against the principle and showing up late or even cutting classes  – this rebellion is reflected in her music and style as well.

Not everyone was impressed by the film, K-12. Senior Alex Reina thinks the structure of the movie was sloppy. “I would argue some of the messages were blatantly thrown at us and not woven into the story,” he critiques. It’s true that the ending seems abrupt because it leaves the viewer hanging. It’s possible she’ll address that in future films.

If you enjoy colorful, romantic, creative, sometimes funny sometimes spooky content, then you should definitely check out K-12, both the album and the film.