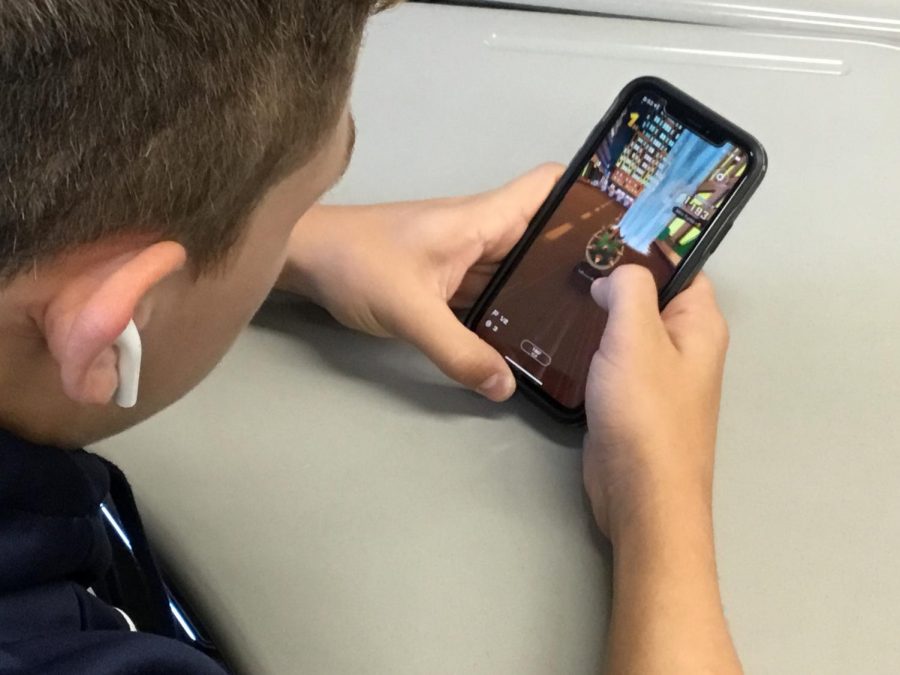 For years, video games have taken over the lives of many teens ever since the launch of Nintendo’s Game Boy and Wii. Many look back with fond memories of those old consoles, but one old time favorite game has made a comeback for this generation: Mario Kart.

Since its original release in 1992, Mario Kart has been a popular video game world wide consisting of fun characters, extravagant cars, and imaginary places. The game, along with its most popular characters have made a comeback: Mario, Luigi, The Princesses and Yoshi are all back in our lives again.

Mario Kart features these energetic characters and more driving cars around exotic places like Rainbow Road. The player would steer as the drivers in the race try to out drive all the other players by bumping into them and using tools to allow the other drivers to fail.

Back in the day, Mario Kart was played on consoles such as Game Boys, GameCubes, DS, and Wii. With the Wii, one could purchase a steering wheel to make the game feel like reality. The best part about the game is that you can play with your friends and compete against them.

Over time, the game started to lose its popularity as cell phones became more ubiquitous. No one was using their Game Boys or their Wii consoles anymore because they could use their phones.

Nintendo, the company who created this game, decided to go back to their roots and bring back the joyful game by creating it an app on iOS cellphones. The app is called Mario Kart Tour and it consists of the same qualities of the original except you are steering with just your fingers.

Once released, the app quickly shot up to number one for free games on the iphone. Having the game be free is a huge benefit because with the original you would have to buy the disc or chip to put into your device or counsel to play.

“I used to play it on my cousins N64 and on my brother’s Wii. I grew up playing Mario Kart games and having it be portable now is kind of fun for me. It’s just like reliving my childhood” shares Junior Andrew Neumann.

Junior Izzy Decker agrees, “The app allows us to have fun with driving cars and relive our childhood days that went by so fast. It brings back the memories we enjoyed when we were young.”

However there have been complaints. According to Billy Duberstein from The Motley Fool, the app claims to be free, but Nintendo charges $4.99 for new cars and characters and a deluxe mode allowing higher speeds and secret courses. Additionally, there is not a multiplayer mode. This made the fans very disappointed because one of the highlights of the game is the adrenaline of trying to beat your friends.

Junior Daniel Metzger prefers Mario Kart in its original form. “I would rather have the physical game of Mario Kart over the app because part of the fun of playing with your friends on the TV and the phone is such a small device. You lose the fun of competition between your friends and are separated from them through different screens rather than a shared one.”

Through it all, Mario Kart Tour is sweeping the nation and becoming more popular. With the benefits and disadvantages, fans continue to love the game and get a sense of their childhood again.